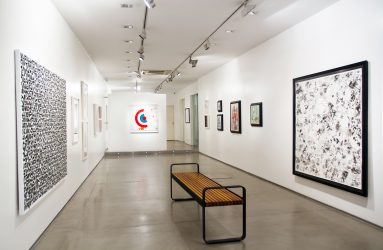 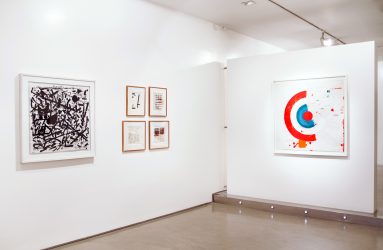 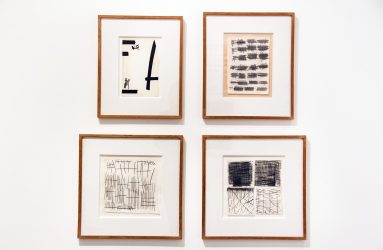 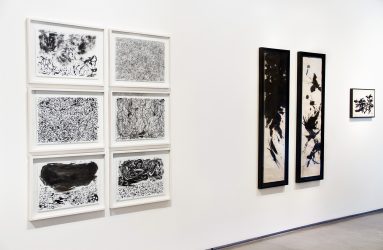 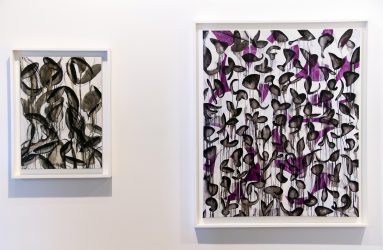 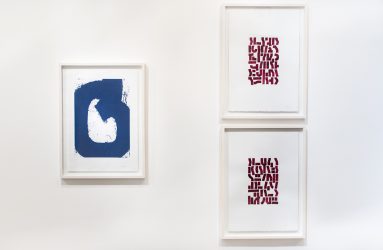 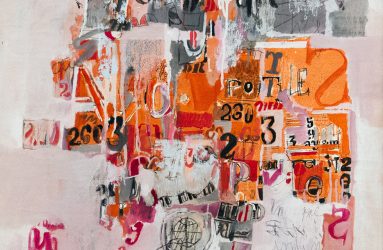 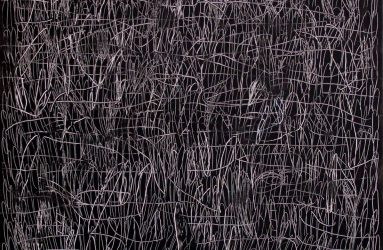 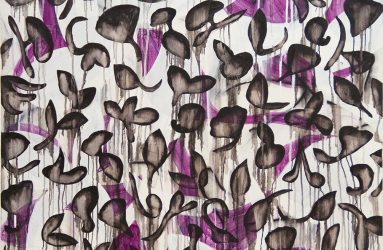 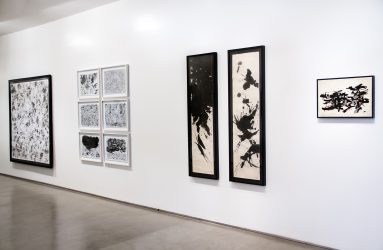 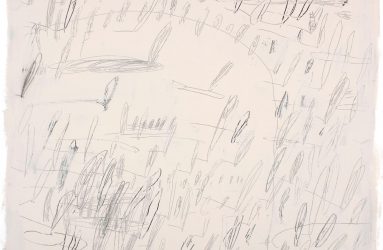 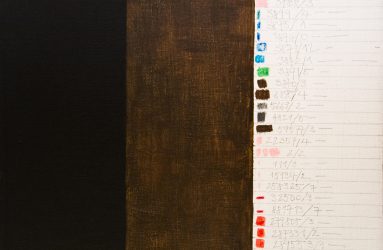 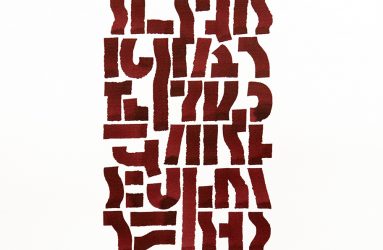 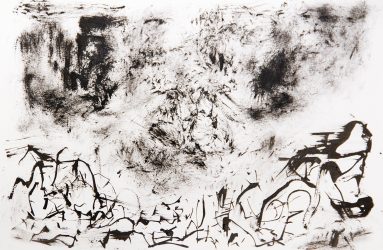 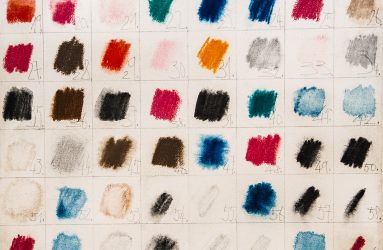 SIGNOGRAFIAS it’s just a faddish way to name a certain, new style-iconography – which crosses through the pure grammar of the line, the alliterated letters – elusively ornamental or even phantasmatic – “asemic writing”, where the stroke assumes deliberate babblings or agrees to raptures of eloquence and the drawing crossing the boundaries of its territory to dilute its own nature as language.

Carlos Arnaiz builds a drill of archaeologies through his usual sense of balance between lyricism and an electrified expressiveness.

In his capacity as a calligrapher, Leon Ferrari persists as an unique paradigm for the productive, indiscernible boundaries between writing and image.

Pioneer in the alphabetization of the pictorial surface, Sarah Grilo disturbs with elegant phraseology the laws of the abstract canon; surfing between the molecular grill and the macroscopic gesture.

Kirin orchestrates the infinite, conjectural partiture of his optical music.
An iconoclastic Květa Pacovská insists on belying her own constructive rigor through the disruptive, sensualist intervention of color; through brushstrokes and the sanguineous blackness of ink.

Kazuya Sakai revives the tradition´s corpus in the active presence of his characters behind the illiterate weed of scribbles that covers the canvas with scratches.

Fidel Sclavo holds the secret that distinguish the readable from the cognitive.
Eduardo Stupía recurs to landscape to lose it between the recurrent, diversely iconographic rhythms of his ornamental reservoir.

As if it were a masquerade whose guests are familiar to us but we still know they will arrive disguised behind unknown aspects, the artists summoned here restore, transfixed, the humane´s dramatic urge, or fatality, to leave traces, prints and signals, beyond speech, beyond the logos, beyond the mimesis.