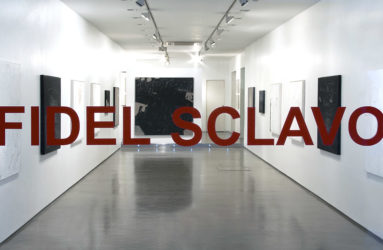 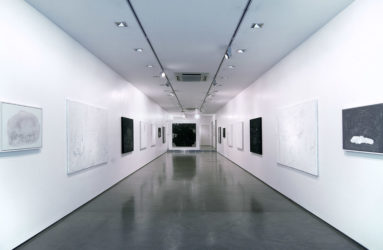 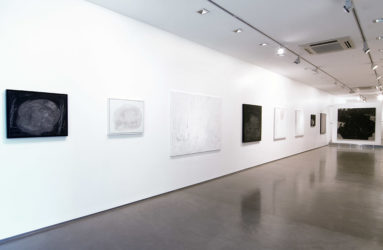 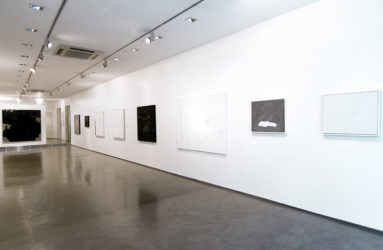 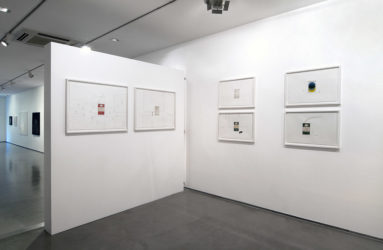 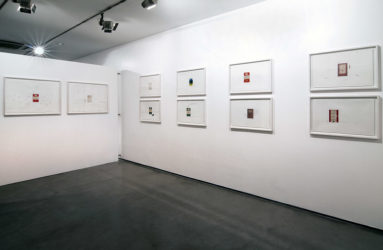 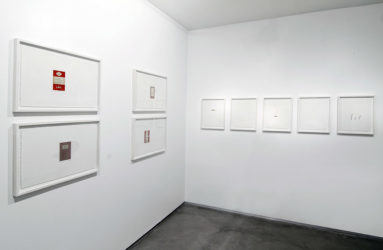 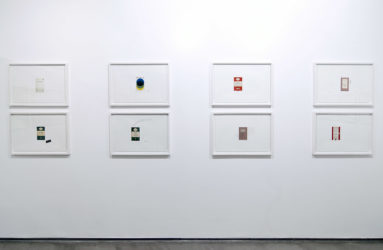 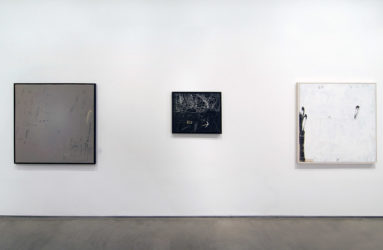 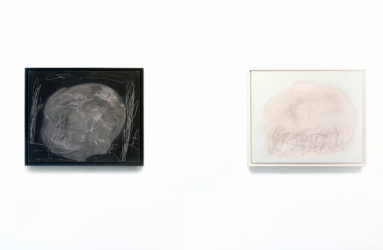 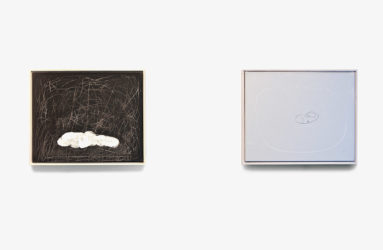 “In a solid body of work that seems to link it with the meditative and intimate tradition of abstract expressionism, Sclavo, with relish and great sensitivity, turns to the configuration of an intricate network of linear elements disguised as writing archeology, strategically intertwined with precarious graphics, crisp corporeality. At times, there is a deliberate repetition and insistence in many of the graphics that crowd these semblance texts – as if someone had hesitated between writing and drawing without knowing how to do either – which while disjointed, seem to forcibly follow the order of nonexistent lines.

In others, Sclavo enlarges the module of his characters and selects only two or three to be the exclusive stars of his squalid theater, held in the open by an invisible stone mortar on the malleability of their planes. Precisely, the surface on which Sclavo traces these caustic and naïve electrocardiograms of the linear expression is almost never the crude canvas. The artist prepares the substrate with a thick material, limestone, giving the quality of the wall, so that their markings are less a drawing or a diffuse written letter scaling, than an incision, a torn surface, as if in his declarative drive the author could only scratch the closed porosity of the epidermis leaving hardly a trace. The lyrical effort from Sclavo is indirect, disguised, hidden behind a strategically weak alphabet incognito.”