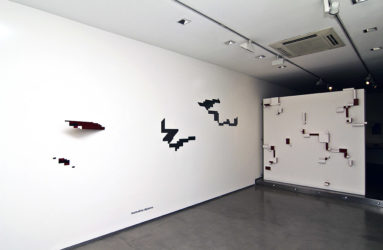 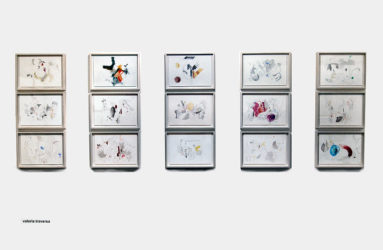 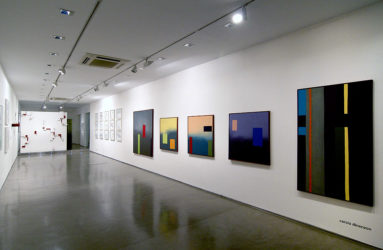 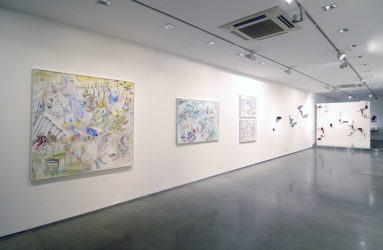 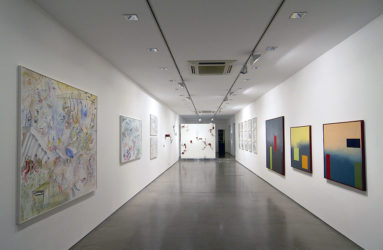 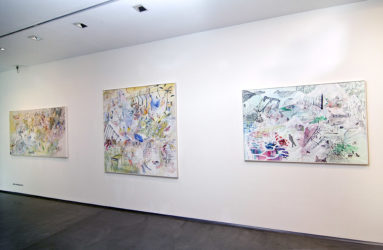 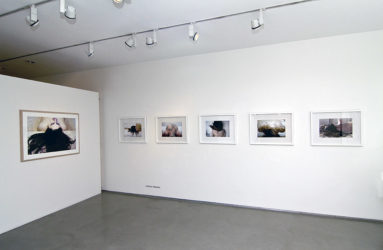 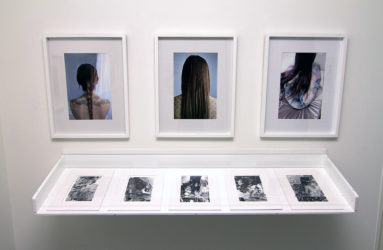 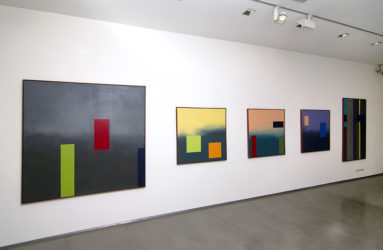 The concept of the exhibition was to convene five artists with very different looks together. Each one´s work shows a personal search, which added to the variety of ways of work in different formats and expressive languages, reveals a great stylistic breadth.

The fact that they are all women was not an a priori decision; I was particularly interested in the work from each one, regardless of any gender suppositions that could be made. Yes, it was a conscious decision to circumscribe the invitation to artists of a certain generation (all are between twenty five and thirty five years old), which in turn is my own generation.

All, in one way or another, have already exhibited their work, although it has not been long exposed and there is still much to discover. This is one of the purposes of the exhibition, whose format will be a recurring practice in the gallery in order to continue illuminating the work of talented young artists.

Julia Andreasevich (1982) paints imaginary scenes, memories, fantasies and facts of everyday life, living together as little vignettes throughout the surface of the canvas. Like a travel book, an intimate diary, or even a miniature cosmic comic, her paintings invite you to come and discover surprising details, where humor plays a very important role. At the same time, her work functions as a whole that refers to a strange landscape, in pale and delicate colors, which contribute to a dreamlike, intriguing atmosphere.

Victoria Dobaño (1986), the only photographer of the five, also includes very personal issues in her work with the union of her two passions: photography and textile design. Overprinted patterns on the skin of women, never photographed from the front, are not pure artifice but brands, which as with the clothing we choose, define us, exposing our true selves under the false protection of nudity, thus becoming a second skin. There is a mystique halo on those signed bodies; something that forces us to be silent: we are intruders disturbing a quiet moment.

In the drawings of Valeria Traversa (1975), the smooth and sinuous line expands and transforms into graphic forms that are articulated in space, tracing a kind of map or ethereal score of remarkable delicacy and lightness. Traversa graphics are not static. They seem to be constantly moving, meandering and talking among themselves, in counterpoint to unexpected surges of color, like a seductive dance on the white paper. More than a visual architecture, her drawings seem like musical performances.

Marcolina DiPierro´s work (1978) focuses on the relationship of the object with its surrounding space. Her works propose an illusory two-dimensionality of the plane in the three-dimensional logic of the sculpture -object. The pieces speak directly to the architecture and seem to be reliefs from the same wall, while the projected shadow integrates into the work and transforms the physical aspect of it. By the way she uses her materials DiPierro manages to keep an essential quality alive, as pure as her rigorously geometric shapes.

Carola Dinenzon (1981) examines the relationship between the field of color and the possibilities of vibration and tension in a very concise geometric division of the plane. Even in the evident rationality of the set-up, she broaches the abstraction with the brand of her expressiveness. The limits of her stripes are deliberately irregular, imperfect as they are, at times, their depths. Dinenzon´s painting is that of contrasts and at the same time temperamental and logical, extreme and balanced.