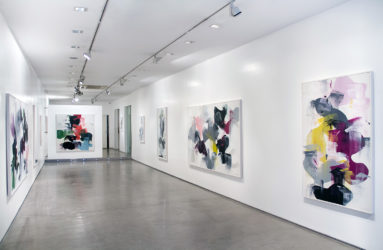 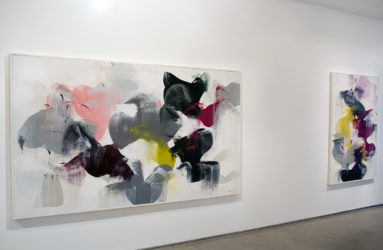 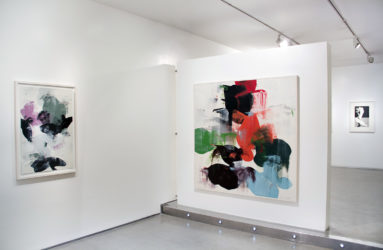 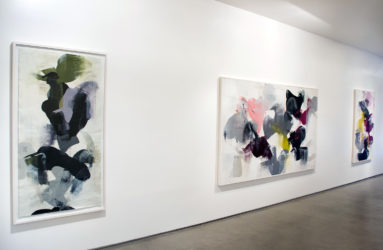 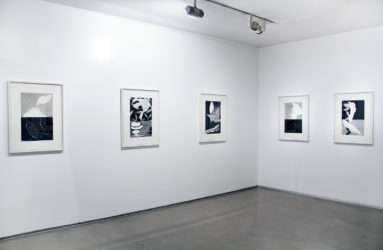 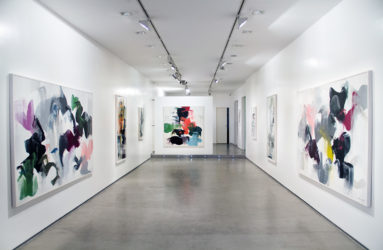 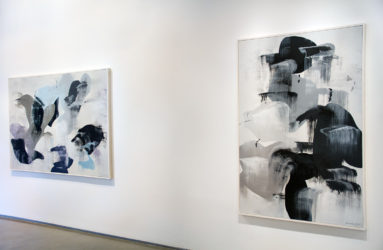 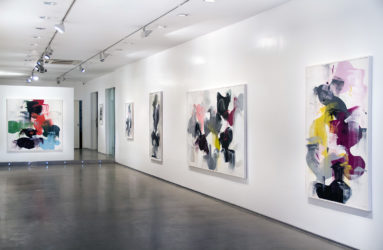 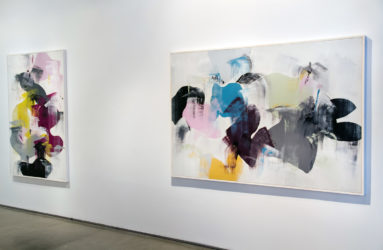 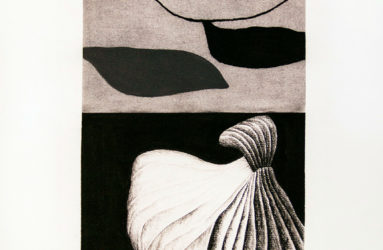 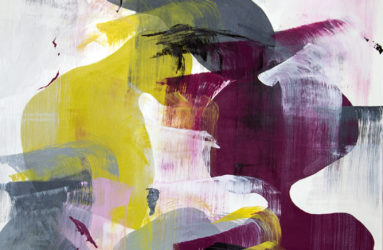 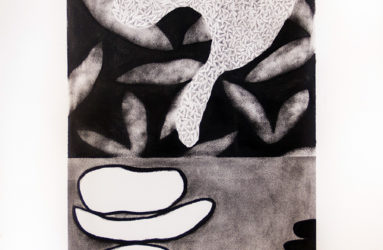 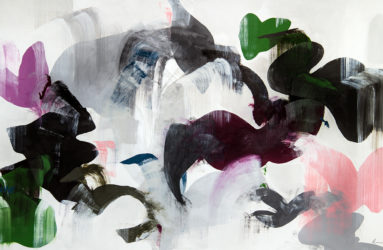 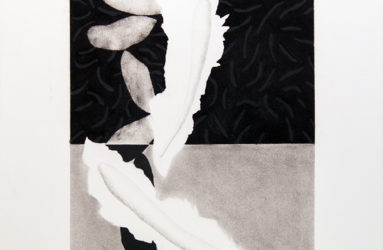 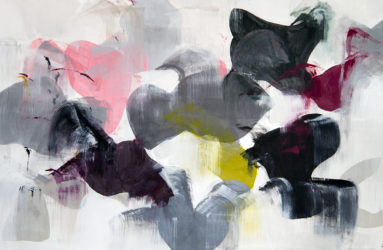 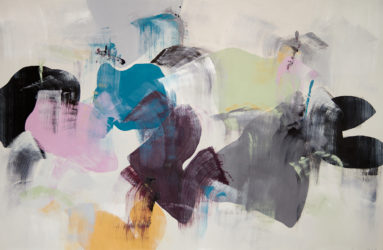 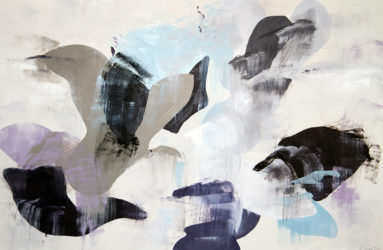 One must always apologize
for speaking about painting*
Paul Valéry

Carlos Arnaiz works with series, proceeds in an orderly, very methodical way, first drawing the works in large albums that the artist has specially bound (they, in themselves, would constitute a fascinating exhibition), in which the invention is embodied, with great respect for the scale which the finished work will finally have and the color scheme that will almost always be the final one. These sketches are real scores, on which Arnaiz relies, like a jazz musician who improvises during the performance along the paths where his intuition and his instrument take him. Arnaiz knows well: improvisation, in music and in painting, does not exempt rigor. When transposing them to the canvas or paper (of high quality which is usually chosen), these sketches suffer very slight modifications. To continue with the musical simile (Arnaiz is a passionate music lover, with eclectic and refined musical tastes, ranging from minimalism to free jazz) his painting is influenced and informed by his musical predilections. His works are polyphonic – following in the footsteps of Kandinsky who spoke of a “synesthetic painting” – rich in complex polyphonies, in modulations that, with just a turn of tonality (one of those words that music and painting share) opens us up to a different landscape.

This series that we are currently displaying differs in many aspects to what Arnaiz has been showing in recent years. It is known that the plant, botanical, dendrologous world (an exhibition of his, a while ago, was entitled “Flora”) was a source of inspiration for the painter. This, without copying the tree mimetically, the flower or the plant was used in a metaphorical, allusive way, to constitute its singular ornamental, baroque and voluptuous visual world.

What Arnaiz proposes in these, his recent works, while not marking a radical break with his previous production, diverges in certain respects with it. What strikes the most attention is the more measured use of color, a more sober, restrained, less exuberant chromaticism, an interlaced, interlocking, interwoven plot. Before the forms were more autonomous, in these series they reveal themselves as part of an interdependent network, with great brushstrokes that link them; the forms are visited, overlap, communicate and create alliances. There is a kinship in this work, an affinity with certain artists of abstract expressionism. They are open works, bright, sober, reticent and emotional. His moderation is contained and anti-heroic. It could be said that they dissimulate more than they simulate. It is far away from impressionism. An emotion is not an impression, someone said (and the opposite is equally true).

This current phase from Arnaiz is less temperamental, more reluctant. The distinction and vitality that characterize the artist’s works have not been lost. To link them with two musicians that Arnaiz admires (I speak of his emotional temperature): Bill Evans and Miles Davis.