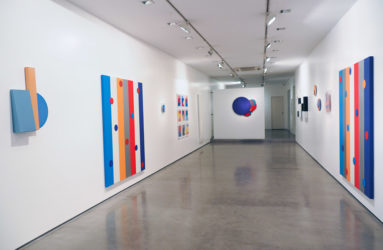 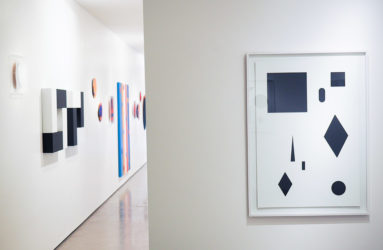 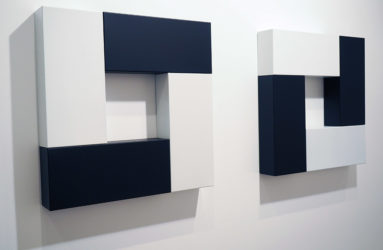 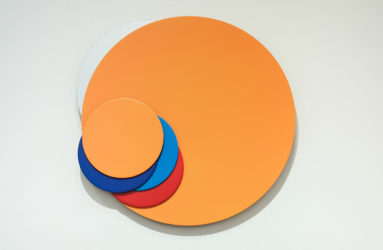 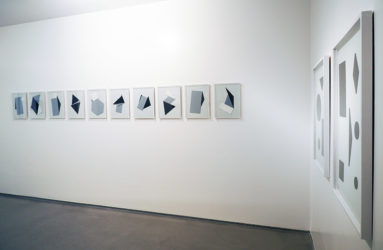 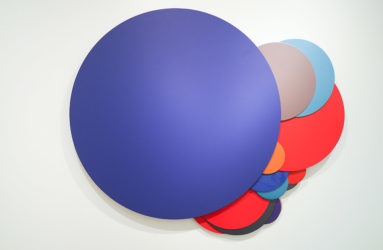 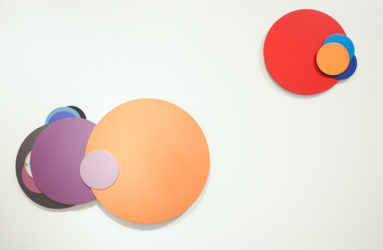 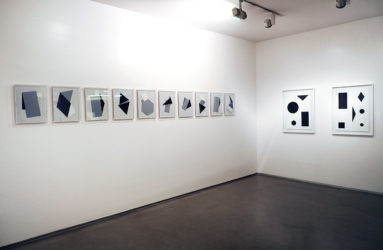 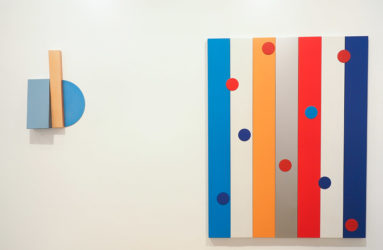 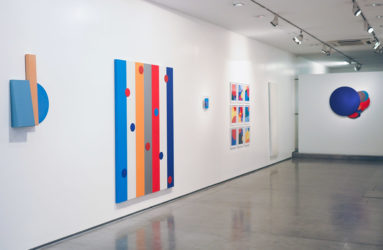 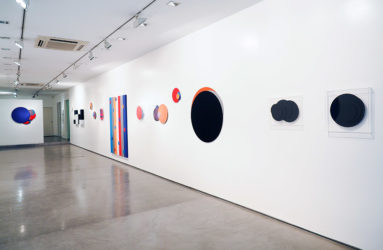 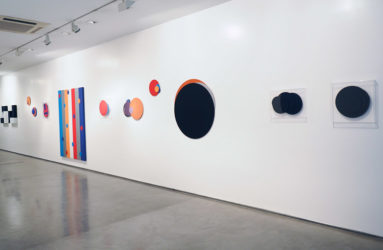 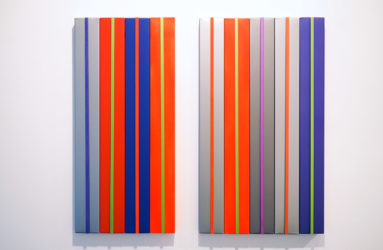 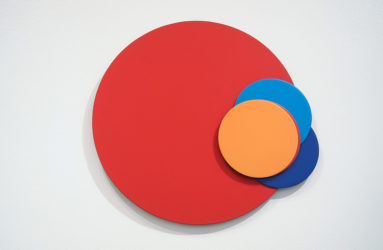 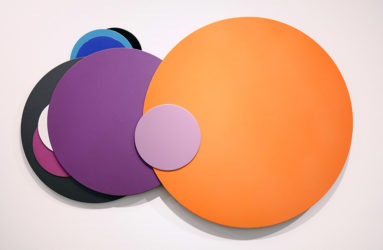 The work of Carola Zech (Buenos Aires, 1962) starts from an inquiry about color, space and form as inseparable aspects of the same reality. From this premise, her images take magnetism as a constructive principle in both a metaphorical and material sense. Whether it is in her sculptures or her paintings, Zech resorts to the repertoire of geometric abstraction to provoke encounters, both unstable and contingent. This poetic condenses a way of thinking about the images as provisional mounts, events in which the bodies meet and distance themselves without following a previous script. The present exhibition shows some moments of a work itinerary, in which the individual exhibition Como el Viento (MNBA Neuquén, 2016) and obtaining the highest distinctions in the National Hall (First Prize, 2012 and the Gran Premio de Honor, 2013) stand out. This time, recent works are incorporated into the central series of the artist in which she re-elaborates constant problems in her production.

A series of acrylic paintings presents to the eye an area of interaction between forms that seem to be unpinned, released to a set of contacts and intervals that govern less a geometric pattern than a principle of attraction. The frame is used to suggest an off-field area and the framing gesture is presented as an interruption: a cut-off that falls upon the paintings to leave incomplete movement of the shapes.

In the Cuerpo series, a set of works in black double layered paint made in 2016, the image appears oppositely as a complete and closed field on itself. The procedure with which they were made belies their intended closure: the figures show a series of measurements that the artist made on her own body and then projected to geometric shapes. A real and singular element is used, in this case, to modulate a repertoire that is assumed as abstract and conventional.

Also achromatic, the works in medium density fiberboard wood present situations where a precarious balance is focused on. Forms which fold and disassemble themselves but which above all suggest a potential slip from the line as a contact zone. As in other productions, the work illuminates an ephemeral temporality, an instant of union between two or more forms that could be undone imminently to give rise to a new configuration.

With Circulos in which circles overlap in a game of discovery and concealment, Zech focuses on the interstices, the between two which opens when one disk interposes another and then moves, as in an eclipse, to show variable portions of the figures. Again, we find images with a temporal background: the groupings of circles suggest that they have not been this way forever and that they will not remain in the state in which we see them.

Also exhibited on this occasion are works made with three-layered paint on folded steel. In these pieces, the coupling of planes and volumes and the appearance of the lines take advantage of the classification systems of geometry as an aesthetic material. As in the rest of the works, the repertoire decanted by the abstract tradition is used by the artist to propose ambivalence. If at first glance the images from Zech appear as opaque and permanent, soon they emit fleeting and luminous signals on their own instability.