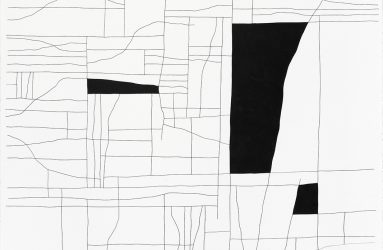 Kirin was born in 1953 in the city of Bahia Blanca, Argentina, with the name Carlos Dell’Agostino. Self-taught, he exhibited for the first time in 1978. Since 1981 he has lived in the city of Buenos Aires.

Composed mainly of paintings, sculptures, and collages, his work also includes two works of sound art, Scriptures on silence (1993-1996) and Opus PBk9 (2003-2007), made from the construction of invented musical instruments.

Several books contain some of his work: Kirin. The diamond of the night falls among plants (Alondra Publishing, 1986, with a selection of texts by Juan Carlos Otaño); Kirin. Major Arcana (South Gallery, 1999, with an introduction and selection of texts by Alejandro Puga); Angels are the flies of Paradise (South Gallery), with collages of his writings; Kirin (Jorge Mara-La Ruche & Van Riel galería, 2004); Kirin (Daniel Maman Fine Arts, 2007).