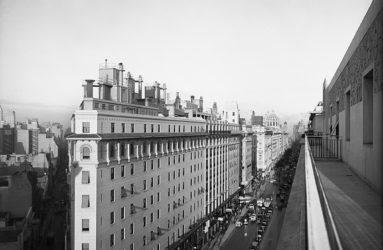 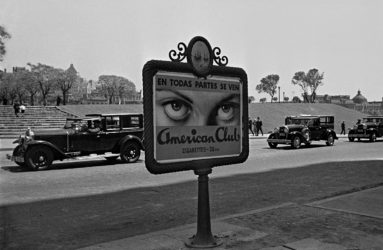 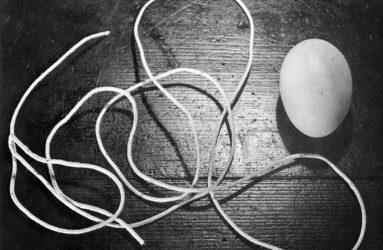 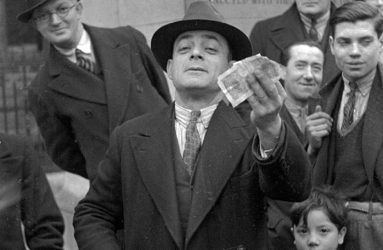 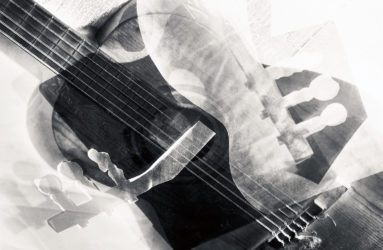 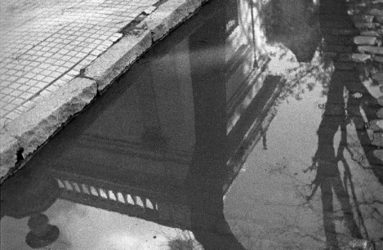 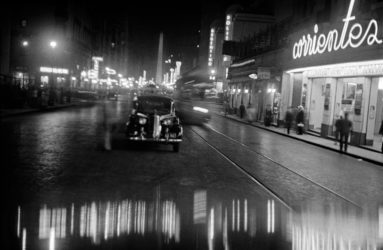 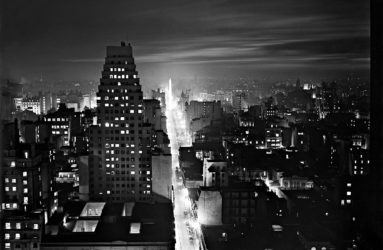 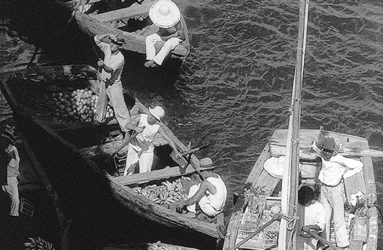 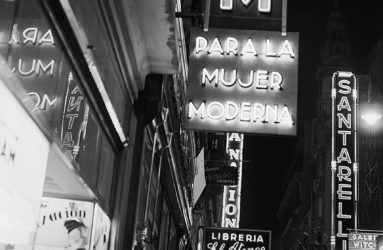 In the year 1932 , Horacio Coppola  attended  the photography courses imparted by the famous photographer and teacher Walter Peterhans at the Bauhaus, where the latter ran the Photography Departatment. There Coppola met the German photographer,  Grete Stern,  also a pupil of Peterhan’s .The two young photographers soon formed a couple, and in 1933, when the Bauhaus closed its doors (due to Hitler’s rise to power), they  left for London. In England both were very active, in graphic design (Stern) and photographic commissions (Coppola). At that time the  Argentinian also made a short documentary film, “A Sunday Afternoon at Hampstead Heath”.

In 1934, Coppola went to France for a short period of time. He took some wonderful photographs of Paris and made a short documentary film of the city, Un Quai de la Seine. He also took the photographs for a book, L’art de la Mesopotamie, commissionned by the famous editor Christian Zervos, creator of  Cahiers d’art.

In 1935 Coppola and Stern got married and left Europe. They travelled  to Buenos Aires, Argentina, were they settled permanently. Shortly after their arrival in Buenos Aires, they jointly mounted an exhibition of their work on the premises  of the prestigious literary magazine Sur. It is considered the advent of modern photography in Argentina. A year later  Horacio Coppola started working on his famed photographic series, Buenos Aires 1936. These photographs stablished Coppola’s pre-eminence in the photographic scene of his country as well as in the rest of the continent.

Other commissions and other series followed, and he went on to publish several influencial and celebrated photo-books. Also, in 1936, Coppola made a remarkable avant-garde short film, “Así nació el Obelisco”  (Thus the Obelisk was Born).

In 2009, Galería Jorge Mara-La Ruche, Buenos Aires,  presented the exhibition Horacio Coppola. Los Viajes. It consisted of mostly unpublished  photographs made between 1931 and 1935 during his travels through Europe and Brazil. The exhibition was shown at the Círculo de Bellas Artes, Madrid. A comprehensive catalogue was published jointly by the Argentinian gallery and the Spanish institution. The book included reproductions, texts by Luis Priamo, Natalia Brizuela and David Oubiña and a DVD with 4 short films made by Coppola during the 1930´s (Traum, A Sunday Afternoon in Hampstead Heath, Un Quai de la Seine  and Así Nació el Obelisco).

In 2015, The Museum of Modern Art (MoMA), New York, showed From Bauhaus to Buenos Aires: Grete Stern and Horacio Coppola, a retrospective exhibition accompanied by a comprehensive catalogue.